Unemployment: An Ongoing Challenge for Tunisia

Even before the economic devastation that came with the onset of the COVID-19 pandemic, Tunisia was dealing with high levels of unemployment.  From a high of 18.3% in 2011, the rate has fallen but remained steady in a 15-16% range since 2013.[1]

Youth and Women Struggle the Most

Summarizing the conclusions of a 2018 Economic Research Forum report on Tunisia’s labor market, report editor and University of Tunis El Manar Professor of Economics Mongi Boughzala has attributed the high levels of youth and educated female unemployment to several factors, including the following:

Tunisia’s stubbornly high unemployment rate is a troubling development with potentially dangerous implications for security within the country and around the world.  As Human Rights Watch’s Tunisia office director Amna Guellali observed in 2018, “[s]omeone who is marginalized with nothing to lose, no stability in life, no vision of the future, no hope for change, can become a very easy target for terrorist groups.”[5]

The high numbers of jobless Tunisians significantly contribute to the country’s fragility, and left unchecked, increases the threat of a rise in violence and extremism in the region and beyond.  Recent American efforts to address long-term causes of fragility and violence through passage and enactment of the Global Fragility Act[6] bring Tunisia’s situation to the forefront.

The new United States initiative on global fragility is premised on a strategy that involves encouraging and empowering local and national actors to address concerns of their citizens and build community resilience against violence and extremism, as well as address the long-term underlying causes of fragility and violence, including through empowering marginalized groups such as youth and women and inclusive dialogues.

It is exactly the approach that is needed in Tunisia.  By effectively addressing the country’s unemployment situation before it deteriorates further, Tunisia and its allies around the world like the United States can help ensure the nation’s large youth population emerges to become successful citizens and entrepreneurs aligned with Western values, fueling peace, stability, and prosperity inside the country and across the broader Middle East-North Africa region and African continent.  The alternative to Tunisia being a beacon of light and gateway to a more democratic and prosperous region is one that the world cannot afford to see unfold: a dark future that turns the country into a hotbed for economic and political instability and the recruitment of unemployed youth and other vulnerable populations by violent extremists and terrorist organizations.

That is why the Center for Strategic Studies on Tunisia (“Center”) is focused on advancing ties between Tunisia and the United States.  Strengthened business, educational, social, and cultural relations between the two countries can facilitate increased job and economic opportunities for Tunisia and America alike and showcase Tunisia as the successful model for a 21st century nation in the region.

Increased employment will empower youth and generate economic prosperity and is foundational to the Center’s vision of supporting a future for Tunisia that is based on principles including economic growth and inclusiveness of all of the country’s civil society.  That very vision drives the Center’s commitment to research activities and dialogue in support of a sustainable economic structure and institutions that are critical to the success of Tunisia’s society, security, and ability to project itself as a regional leader, including by building and maintaining a thriving economy.

A good job provides an individual with a sense of purpose and hope.  It provides a sense of self-reliance and self-confidence.  It provides the tools needed to raise and support a family.  Applying the Center’s principles of freedom and equality and inclusiveness, it is vital that Tunisians of all backgrounds and in all of the country’s regions, including those with special needs, have the opportunities that come with having a good job.

While good jobs cannot ever be guaranteed, more work is needed to break down barriers and open up opportunities that for too long have prevented too many Tunisians from pursuing the dreams they have and the futures they long for.  For that reason, the Center will actively work to further build and strengthen ties between Tunisia the United States to help foster ideas and action that will unlock the full potential of the Tunisian economy and its people. 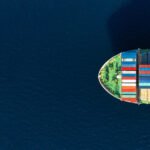 Previous:
A Profile of Tunisia’s Economy 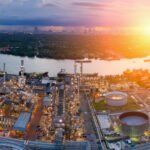 Next:
Tunisia’s Path to Energy Independence