Home Democracy, Economy, EnergyThe High Price of State-Owned Enterprises in Tunisia and Beyond

The High Price of State-Owned Enterprises in Tunisia and Beyond

I had the opportunity to participate on a recent panel, “State-owned Enterprises in the Middle East, North Africa, and Central Asia,” sponsored by the International Monetary Fund. The participants focused on the IMF’s recently released report on SOEs in these regions. There is no sugarcoating it. The large number of SOEs in the region are a drag on economic development and, I’d suggest, a blow to democracy. The IMF found that state-owned enterprises, also known as parastatals, generally are protected from competition by governments and are inefficient as a result. SOEs cost the economies in the examined regions over 2 percent of GDP, the report found, though the actual cost is likely higher, as the lack of transparency that typifies SOEs complicates accurate accounting. This financial drain means less economic activity and millions of fewer jobs, most believe. SOEs in these countries have “gaps in corporate governance” compared to Organization for Economic Co-operation Development guidelines, the IMF found.

SOEs suffer from what is politely called a “lack of transparency,” the report found. One panel participant used interesting terms in making a recommendation. SOEs should be given a “guiding hand” by the state, not a “grabbing hand.” Good economic policies and strong government intuitions can move the state from a grabber to a guider, he argued. Of course, the “grabbing hand” is often the corrupt hand, with politicians stealing from, and otherwise undermining, SOEs with their meddling. I know, firsthand.

Earlier this year, I was chief executive officer of Tunisair, a major SOE employing over 8000 employees. In that role, I tried to increase transparency by making the company’s audit public, which the former government resisted.  I tried to bring the company’s governance structure and operating principles in line with the top airlines in the world, wanting the best for Tunisair. The unions resisted. I tried to operate by commercial principles, charging fares that reflected operating expenses and market rates, and the government again balked. These are all good practices that the IMF endorses. But at the end of the day, politicians and not markets determine the fate of SOEs, which is why they are such an economic burden. And why I left Tunisair.

There is a significant misconception about SOEs. These state companies are commonly thought of as being a drag on governments, requiring subsidies to compensate for their economic inefficiencies. That’s the case, but not always, I noted. SOEs can also be cash cows, taking advantage of monopoly positions, with cash-starved governments siphoning off their profits. That’s why governments are very hesitant to let them go, no matter their inefficiency. In either case –economic drag or cash cow– SOEs are a problem.

In some cases, SOEs are morally indefensible. Several governments play the role of tobacco merchant through a SOE. Smoking is a grave public health hazard that makes people sick and shortens their lives. There is no reason why governments should be profiting from this suffering, taking in cigarette revenues, as they are in Tunisia and elsewhere. One panelist said the SOE “footprint exceeds what is strategic sometimes.” Well, there is nothing near strategic about the tobacco industry. Tobacco companies should be privatized and regulated and taxed, not owned, by the government, period.

One panelist made the point that SOEs are here to stay, gaining support in these regions, especially from young people as a reaction to Covid. We better make the best of SOEs, improving their efficiency, his argument goes. For Tunisia specifically, to the contrary, I’m not sure that Tunisians are looking to SOEs to save the day, and a reform path is very uncertain path.

Too often badly needed SOE reform is denied in the name of promoting “social peace.” Economic reform is too hard and upsetting, so not today, some say. Yet the persistent economic decline that results from no reform eats away at social peace over time, creating political turmoil, and undermining support for democracy. That’s what we’re seeing in Tunisia right now. Decades of economic decline in the SOE-heavy Tunisian economy have sapped Tunisian’s optimism and support for democracy. Tragic.

Rather than trying to make the best of SOEs, we should be privatizing many. A top Egyptian official on the panel noted several headline privatizations in his country. Tunisia and most other countries in these regions suffer from weak governments that lack technical capacity. We could wait decades or more for them to be able to operate SOEs with any measure of efficiency. We don’t have that time.

Tunisia is going through a grave constitutional crisis. Its political leaders have failed the country in the basics of governance, threatening its democracy. The Tunisian flame of the Arab Spring is flickering. In the minds of Tunisians, their failed government officials certainly haven’t proven competent or worthy to manage a good portion of the country’s economy through SOEs. Privatization is a chance to say “no” to the government’s “grabbing hand” and put this economic power into the hands of the Tunisian people, where it belongs.

Watch the recording of this live event below: 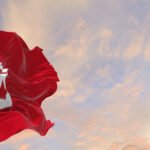 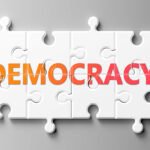 Next:
Tunisians Won’t be Excluded from the Democratic Movement