A Profile of Tunisia’s Economy

Much like the United States, Tunisia’s economy features a host of both challenges and opportunities.  Even before the onset of the global pandemic, Tunisia’s population of nearly 12 million faced conditions including high unemployment (15.5 percent) and less than robust economic growth (1.5 percent).[1]  Yet for those fortunate enough to find work, the opportunities are varied.

Pillars of the Tunisian Economy

Tunisia’s manufacturing and resource base has allowed the country to be an exporter of items as diverse as agricultural products, clothing, phosphates and chemicals, hydrocarbons, electrical equipment, semi-finished goods and textiles, and mechanical goods.[1]  France, Germany, and Italy comprise ~60 percent of the market for Tunisia’s exports,[2] while China accounts for 9 percent of Tunisia’s imports, trailing only Italy and France and more than double the share of the United States.[3]

Tunisia also has an automotive sales and services industry that includes small car assembly.  U.S. market share for manufactured cars in the country (<10 percent) is dwarfed by Europeans brands, and Asian car companies have already begun to establish a major presence.  However, Tunisia is seen as offering opportunities for U.S. market expansion for mid-sized vehicles, auto parts and components, and servicing.[7]

Tunisia’s economy is dominated by the services sector (64 percent), which comprises just over half of the nation’s labor force, while industry contributes just over a quarter of the country’s economic output and employs about one-third of its labor force.  Agriculture makes up ~10 percent of the economy and ~15 percent of employment.[8]  Tourism contributes nearly 10 percent to Tunisia’s economy.[9] 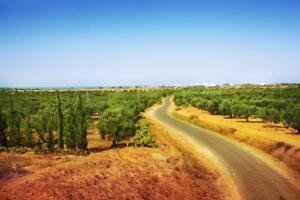 Although critical to the success of its economy, foreign direct investment has been on a downward trend in recent years.  After averaging an annual $1.35 billion prior to the Arab Spring uprising in 2011, foreign investment in Tunisia fell to $1 billion annually thereafter, settling at $945 million in 2018.  Despite efforts to increase foreign investment through economic and legal reforms coupled with foreign assistance, challenges including political and economic turbulence and inadequate infrastructure are seen as holding additional investment activity back.[11]

To change the dynamic, even before the pandemic added new headwinds for the country’s foreign investment activity, some urged Tunisia’s government to take steps to reposition itself to be less dependent on southern Europe, attract new kinds of investments beyond traditional sectors like oil and gas and manufacturing, and extend investments in regions beyond the capital and coastal areas.[12]  The need for the latter has recently been manifested by major protests in southern Tunisia and demands for economic inclusion to address major employment shortfalls amid what some have seen as neglect for the region.[13]

Stagnant growth and a generally difficult economic situation have led the government to institute a series of measures and commitments to help move the country forward, including participation in International Monetary Fund lending programs, fiscal austerity measures, and currency devaluation.

In July 2020, as a result of mounting economic devastation further exacerbated by the pandemic, Tunisia’s government asked Saudi Arabia, Qatar, France, and Italy to delay debt repayments and said it hoped to enter into a new agreement with the International Monetary Fund by November.  They also shared expectations that the budget deficit’s share of Gross Domestic Product would expand from a previously anticipated 3 percent to roughly 7 percent.[14]

Furthermore, the International Labor Organization’s 2018 estimates suggest that nearly 2.1 million Tunisians, or almost 60% of the country’s workers, are tragically part of the country’s informal economy, which operates outside the protection of law and includes unlicensed businesses and trade in illicit goods.[15]  Greater involvement of United States businesses inside Tunisia could help lift these individuals out of the shadows and provide them with better working conditions while at the same time generating new financial opportunities for their companies.

Looking ahead during these especially unpredictable times, there are a myriad of challenges.  Prospects for a W-shaped global economic recovery punctuated by a worldwide resurgence in coronavirus outbreaks could bring major adverse effects to Tunisia.  One study estimates that the country’s economic output could fall 8.2 percent in such an instance, versus a still daunting 6 percent drop in Gross Domestic Product in 2020 if there is no such setback.  Under either scenario, export activity is forecast to fall between 12.5-14 percent in 2020, with unemployment reaching ~18 percent and only recovering to around 17 percent in 2021.[16]

The Opportunity of Tunisia

For all of its challenges, underpinned by an affinity for and tradition of Western values, Tunisia represents as bright as spot as any when it comes to opportunities for economic advancement in the Middle East-North Africa region and across the African continent.  Just how bright it will ultimately be will depend on the leadership and commitment of public and private entities both within and outside of Tunisia.  With the right approach, as Ella Fitzgerald once sang, it can be as bright as the moon, aglow with its cool evening light, shining at night in Tunisia. 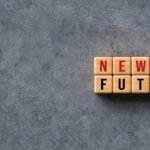 Next:
Unemployment: An Ongoing Challenge for Tunisia