On July 25, Tunisia holds a national referendum on a new constitution.  This will be one year since President Kais Saied disbanded its parliament, suspended much of the constitution two months later.  A constitutional scholar by profession, this is Saied’s constitution, drafted behind closed doors and presented to Tunisians to accept or reject in 17 days.  While the president’s work –which fundamentally changes Tunisian governance– is expected to win approval at the polls, there is little popular enthusiasm for the process, and a low chance of a new constitution bringing Tunisia out of its political crisis.

President Saied’s proposed constitution strongly consolidates executive power in the office of the presidency.  Under the 2014 constitution, adopted after an extensive, internationally celebrated national dialogue, Tunisia’s prime minister, appointed by the parliament, exercises certain executive powers.  That would be no longer.  This presidential strengthening, a reaction to recent government gridlock, more clearly separates powers.  This provision is concerning to many though given another nebulous provision that outlaws criticism of the president, as well as the government’s increasingly authoritarian moves, including repressing political opponents and the media.  Yes, Tunisia needs a strong presidency; it doesn’t need a beyond reproach strongman.

If the constitution is approved, Tunisia will move from the Assembly of the People’s Representatives to two legislative chambers, with the adding of a “Council of Regions and Districts,” though its membership selection process and powers are unclear.  In general, parliamentary powers are greatly weakened, where one of the chambers is not directly elected by the People.

Amending this constitution, if approved, could prove difficult.  Proposed amendments, requiring a 2/3 vote of parliament to be adopted, would have to be approved for parliamentary consideration by a constitutional court controlled by the president, giving that office strong control over constitutional modifications.  It’s worth noting that the current constitution could be “fixed,” remedying the executive branch’s lack of power and efficiency, by amendment, sparing Tunisia this constitutional drama.

Of particular concern, the draft constitution establishes Tunisia as a component of the “Islamic nation.”  Constitutions shouldn’t contain vague expressions, especially one that could challenge Tunisia’s independence and sovereignty.  Tunisia will continue to be a proudly Islamic nation, but it’s also one rooted in the modern international order.  What problem is this apparent assertion of extra-national affiliation attempting to solve?  Tunisians should be particularly sensitive to compromising their independence at a time when several foreign countries are actively meddling in their politics.

The proposed constitution raises the eligibility age for the presidency, from 36 to 40.  This would put Tunisia among the higher head of state age minimums in the world.  An American must be only 35 years of age to be president.  A British Prime Minister, in theory, cold be as young as 18.  What is the rationale for this change in a nation where the aspirations of youth are increasingly frustrated, driving ever more to flee overseas.

Can a bad process lead to a good result?  Not often.  And certainly not in this case.  The final version of the constitution to be considered –142 articles– was released on July 8, after months of closed-door, exclusive deliberations, leaving a mere 17 days for Tunisians to analyze and debate this essential document.  Seventeen days is an especially short period.  To the extent that Tunisians do focus on the referendum, they have heard a relentless government campaign for approval.  Voter turnout is expected to be low, with many Tunisian organizations calling for a boycott.  Under these conditions, a “yes” vote would be a weak stamp of legitimacy for the new constitution and the Saied government pushing it.

Tunisia’s constitutional focus is a major distraction from the dire economic problems that plague Tunisians.  The country is suffering high inflation and unemployment is higher than the official 16 percent.  Tunisians have an increasingly difficult time meeting their basic needs.  Tunisia is on the brink of financial default, having one of the world’s most fragile economies.  There is a desperate need for reform: greater economic freedom and transparency to free the entrepreneurial talents of Tunisians.  Yet tragically, the government is still beholden to unions and other forces of the extractive and unfair Tunisian economy.

Ten years ago, Tunisia kicked off the Arab Spring.  It was sparked by economic misery brought about by the government’s repressive policies.  Living conditions are no better today for the average Tunisian, and no amount of constitutional manipulation will solve the political instability that this economic suffering drives.  It’s not surprising that President Saied, the constitutional academic, thinks Tunisia’s most pressing problem is its governing document, one for him to solve; but meanwhile, the Tunisian economy is spiraling downward, fueling popular political dissatisfaction that will sundermine any constitutional order.

The constitutional referendum is expected to pass.  While the challenges of implementing a new constitution, which would go into effect the next day, remain to be seen, they will be considerable.  This referendum is unlikely to calm Tunisian politics, especially with parliamentary elections to be held in December.

But if the constitution is rejected, the government will lose much legitimacy.  In that case, Tunisians should soon begin a national dialogue on the country’s future, which is what polling shows they want.  Any dialogue should be transparent and inclusive, engaging women and youth.  But even a national dialogue and its hope for better democratic governance likely would fail unless Tunisians can provide for themselves economically.  Sadly, even the best constitution in the world –and the one being voted on is far from that– wouldn’t solve Tunisia’s crisis. 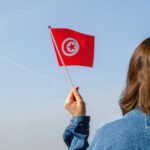