Home DemocracyReform Or Die: Tunisia at a Critical Crossroads

Reform Or Die: Tunisia at a Critical Crossroads

Opinion Piece First Published by the Morning Consult. You can read the original piece here.

Two months ago, Tunisia made a significant effort to advance its role as a democracy in the Middle East and North Africa region. The government appointed me, a young, American-educated Tunisian woman, as CEO of Tunisair, one of the largest employers in the country. My objective was to develop and lead the restructuring and revival of the national airline.

This initiative achieved mixed results. While this gave hope to millions of Tunisians demanding change and real economic reform, and revived debate on restructuring public organizations, the entrenched system rejected my efforts as “too much, too fast”.

…this gave hope to millions of Tunisians demanding change and real economic reform, and revived debate on restructuring public organizations, the entrenched system rejected my efforts as “too much, too fast' Click To Tweet

I encountered aggressive resistance from the Tunisian General Labor Union leadership, which sought to defend the status quo. They attacked me verbally and physically, declaring an open-ended strike in response to the reforms I laid out to save the ailing national airline. Ultimately, they pushed the government into removing me — just days after I met with U.S. Ambassador to Tunisia Donald Blome.

It pains me to write these words, but it needs to be said: It’s been 10 years since my homeland embraced democracy, yet it remains firmly in the grip of forces undermining economic freedom and the rule of law, creating a larger political void being filled by agents of authoritarian states and conditions that encourage extremism. Tunisia is the most fragile it has been since its independence from France in 1956.

When the Arab Spring was born in Tunisia, hope welled up among the people. But the lessons of the past decade have proven that democracy is more than a romantic notion — it takes work, and while it starts with free and transparent elections, it cannot be complete without a free and inclusive economy.

For Tunisia’s fragile democracy to survive, massive economic reforms already being demanded by a majority of Tunisians are imperative. This effort requires robust support from the United States in establishing a credible roadmap to economic… Click To Tweet

For Tunisia’s fragile democracy to survive, massive economic reforms already being demanded by a majority of Tunisians are imperative. This effort requires robust support from the United States in establishing a credible roadmap to economic freedom based first and foremost on government integrity, transparency, accountability, and labor freedom.

Today, I’m calling on the United States for leadership to ensure that future assistance to Tunisia, in direct aid or from international development banks, be contingent on verifiable government assurances that the monies will be transparently spent on projects for which they are allocated, that free enterprise and anti-corruption standards will be applied to the institutions or projects being funded, and that safeguards are in place protecting against conflicts of interest in government expenditures.

Additionally, I urge the U.S. government to strongly encourage Tunisia to enact a series of economic reforms, including reducing government spending, increasing productivity in the public sector, and ensuring that government officials are free from undue influence of internal or external forces.

As an American business executive who is also committed to nurturing democracy in my home country, I know firsthand how important it is that we engage robustly with Tunisia in this critical moment. Other nations that don’t have the best interest of a democratic Tunisia at heart already are, including China and Russia.

The absence of U.S. influence in Tunisia is leading to an increase in anti-American sentiment for the first time in decades. The consequences will be significant if the United States doesn’t act soon.

As my recent experience illustrates, conditions on the ground remain terribly difficult, and sorely needed reforms – including the urgent need to bring more young people and women into decision-making entities — will take hard, sustained work. But the capacity for creating a successful, functioning democracy within Tunisia is enormous, and the opportunity is now.

As the late President Ronald Reagan once said, “Freedom is never more than one generation away from extinction.” This moment calls for the United States to reassert its historic role as a promoter of freedom, democracy and open societies around the world, enabling opportunities for a new generation of young Tunisian leaders and advancing mutually beneficial strategic interests to expand and embed peace and prosperity. 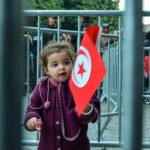 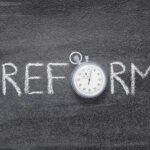 Next:
Beyond Political Survivalism, What Does Tunisia Need Today?